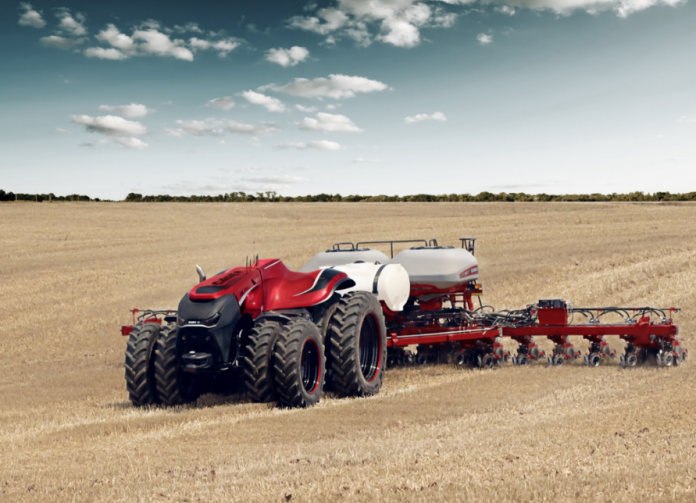 200 years ago, the closest things we had to autonomous farm machines were the animals we used to pull our ploughs. 100 years ago, we started using actual machines. Now, in the 21st century, we are building a world in which the machines are able to operate themselves.

If the idea of autonomous robots getting about in our fields makes you think of this:

You can relax. We’ve not quite reached the singularity yet. At least not that they’ve told us.
Today’s “autonomous” machines still require human input. However, we are moving steadily closer to a future in which machines completely take over the labour-intensive aspects of farming.

Why should farmers automate?

We’ve had automation in factory settings for a while now. But there are far more variables to consider with farming: unpredictable weather, changing light, variable terrain, mud and bogs appearing after rain, and the most unpredictable elements of all—sentient beings. Agribots need to be able to account for all these sporadic factors.

The ultimate purpose of all this high-tech gadgetry is not world domination nor destruction but economic and environmental optimization. The most logical course of action for a farmer, is to apply the optimal input, no more, no less. AI has the capacity to gather data, analyze it and determine the perfect levels of fertilizer, pesticide, water and other factors. It can even tell you the right times for delivery, creating the ideal conditions for maximum crop yields.

We already have automatic steering systems ( like those from Trimble and Ag Leader) that keep tractors on precise paths as they work. These can be installed in most modern tractors. However, they still require a human operator to get the machine from shed to field and correct its path in case of unforeseen obstacles.

The next generation of automated machines is in prototype phase with companies like New
Holland and Case IH presenting their driverless models in 2016. New Holland’s NHDrive still
has room for a human driver but the new driverless model from Case IH looks like something out of Blade Runner, with a streamlined, cabless look. The design is intended for full automation, no humans allowed.

Both models can be completely monitored and controlled via a desktop computer or tablet. This means the farmer can be out doing other work, checking data periodically from a tablet in their ute. These new models allow you to plot not just the tractor’s work path, but its course out to the field. You can program the machine to negotiate dirt tracks, private roads and whatever else it has to traverse to get there.

The Hew Holland model can seed the next crop as it harvests the last but cannot yet make
decisions about obstacles for itself. The Case IH model is capable of detecting obstructions
(using a combination of radar, RGB cameras and range finding lasers), halting and then making something like a decision about what to do next. It recognizes moving objects and simply waits for them to clear its path before continuing. If the obstacle is less obvious, it messages the farmer for instructions on how to proceed. These features take it tantalizingly close to having humanesque decision-making power and place the machine in reach of true autonomy.

At this stage in our technological advancement, we still need people for front end loader work. And we can’t yet trust the machines with driving amongst the unpredictable human traffic of public roads. However, our automatons can work alongside operator-driven farm machines and other robots. For example, we now have drones capable of collecting highly detailed images of field characteristics. Analysis of these images can reveal valuable information about crop health, soil type, diseases and pests. They are low cost but provide a high level of definition, making them remarkably valuable to farmers.

The present agribot focus is on replacing repetitive, labour-intensive work. Fruit picking is one of the target industries with the development of precision sensors capable of detecting the exact location and size of fruit, stalks, leaves and – crucially – next season’s buds, to inform the mechanical arms and ensure fast and accurate picking. Japan is leading the race in this area with the development of robotic rice-planters and other devices by the National Agricultural Research Centre.

In America, MIT has created an impressive greenhouse managed entirely by robots. The little machines are in charge of growing cherry tomatoes and monitor plant growth and condition by way of installed sensors. These alert the robots to the plants’ needs, instructing them on when to bring water and fertilizer. When the sensors identify ripe tomatoes, a robot is summoned and its vision system is activated to locate and pick the correct fruit with its mechanical arm.

What will automated farming look like in the future?

Autonomous machines need no lunch breaks, sick days or holidays. They have no family to
spend time with and aren’t programmed to ever desire a visit to the pub. They can work anytime you want them to and are at no risk of injury. Once a path is programmed, they follow it down to the millimeter, precise and reliable, no matter how many times they do it. No human could ever match their levels of productivity and efficiency.

Backpackers of the future may need to find different work to fund their world travels, with robots taking care of the labour-intensive job of fruit picking. San Diego based company, Vision Robotics, is developing multi-armed robots capable of picking apples, oranges and, eventually, more difficult fruit like strawberries.

We are within arm’s reach of a future in which flying robots will collect data from the fields and send them to AI in the office for analysis. There will be no need for humans in this office. Rather, the office AI will analyze the field-bot’s findings and send directions to automated machines in the shed. With a work plan downloaded, these automatons will head out into the fields, guided by GPS, cameras and laser-vision, to complete the precise amount of work necessary to provide optimal yields. Freeing up human minds to dream up the next generation of upgrades. 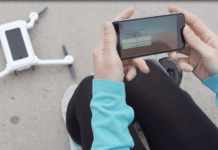 How to Fly a Drone with Your Android Smartphone 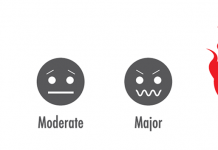 All You Need To Know About Defect Severity In A Nutshell