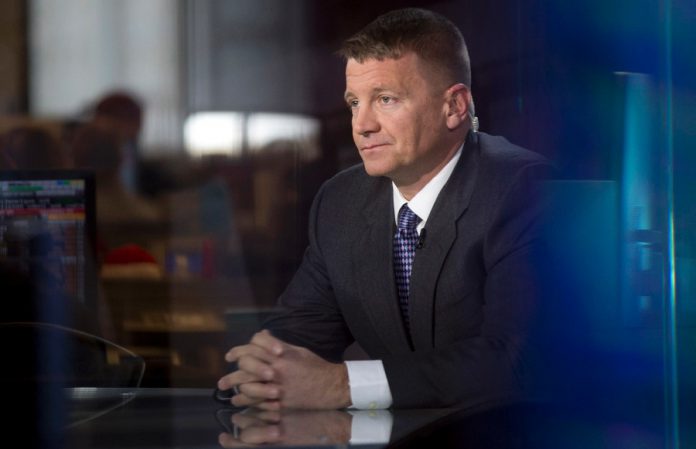 A secret meeting was held in January arranged by The United Arab Emirates. Meeting was between Blackwater founder Erik Prince and a close person to Russian President Vladimir Putin. The agenda was to develop a back channel communication with Russian and the new President elect-Donald Trump according to US, European and Arab officials.

The meeting took place nine days before Trump inauguration-on Jan. 11 in the Seychelles Islands of the Indian ocean. The details or the agenda of the meeting was unclear. However, UAE agreed to broker the meeting in order to pursue and probe whether Russia curtail its relations with Syria and Iran. A major Trump administration objective that will likely to require concessions to Russia on U.S. sanctions.

Though Erik Prince did not have a formal role in this meeting. However, he presented himself as an unofficial delegate for Trump to high ranking Emiratis involved in setting up this meeting.

FBI is investigating this Seychelles meeting said by the U.S. officials. The FBI probe for this action is to assess Russian interference in 2016 elections. However, the FBI declined to comment.

Some official said this Seychelles meeting had a span of two days highlighted some expanding web of connections between Russia and Americans with strong ties to Trump. Though White house has been reluctant to acknowledge until they were exposed by some news organizations.

“Erik Prince has no role in transition, and we are not aware of any meetings.” Said Sean Spicer, press secretary for White house.

Prince is well known as the founder of Blackwater, a security firm of U.S. known for its abuses in Iraq. Erik Prince later sold the company. However, soon after it branded again and started building paramilitary empire with contracts from Middle East and Asia. Prince is head now at a Hong Kong based company, Frontier Services Group.

Michael T. Flynn, Trump’s original national security advisor and Trump advisor Jared Kushner who is also his son-in-law. These two officials were joined by Bannon for a separate meeting with the crown Prince of Abu Dhabi, Sheikh Mohammad bin Zayed al-Nahyan who made a secret visit to New York in late December.

It is said by officials that Zayed wanted to assist both leaders who showed interest of working together at many fronts already. Though it was Zayed objective from a long time. The U.A.E already sees Iran as one of its biggest enemies, which later observed to be mutual interest of Trump’s team in finding ways to drive a wall between Moscow and Tehran.

Some U.S. officials who have worked closely with Zayed, also referred to as MBZ, say it would be impossible to arrange Jan. 11 meeting without getting a green signal in advance from top persons aiding Trump and Putin.

Another statement given by an American businessman “MBZ is very cautious” this was only allowed to public on the condition of anonymity, as the subject is very sensitive.

The Seychelles meeting was assumed productive by the UAE and Russia, but the intentions of arranging further meetings in between Prince and Putin’s associates was dropped.