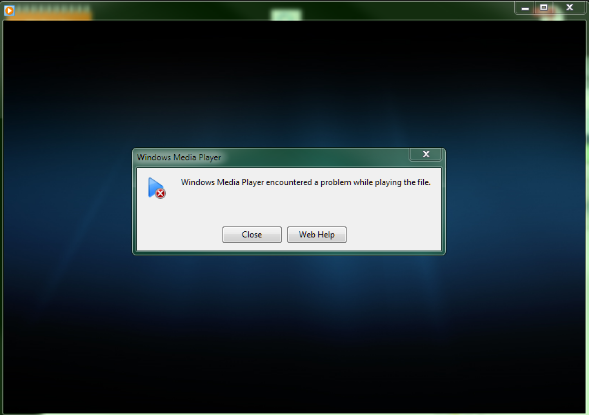 We all have to honestly say that the Windows Media Player is one of our most favorite media players if not the best of all because of minimalistic design and its ease of operation, not to mention its decent sound projection which is easy on your PCs speakers. Have you have encountered an error message, “WINDOWS MEDIA PLAYER ENCOUNTERED A PROBLEM WHILE PLAYING FILE” on your media player thus preventing you from playing your favorite music or catching up on your favorite season of Game of Thrones? Well, no need to turn to another media player because it turns out that this common error message that plagues windows Media Player users can be solved by the click of some buttons. 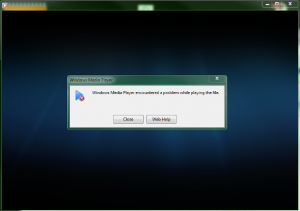 The error message, “WINDOWS HAS ENCOUNTERED A PROBLEM WHILE PLAYING THE FILE” which is referred to as the Windows COOD11B1 Error in the computing circles but we shall stick to the error message to describe it since we don’t want to go very technical here have tried to simplify this article for the regular guy who isn’t a computer Beek but is just looking to solve this problem frustrating ASAP. The error message, “WINDOWS MEDIA PLAYER ENCOUNTERED A PROBLEM WHILE PLAYING THE FILE” has been reported as the most common error message that occurs on Windows Media Player and this article has various remedies fashioned to solve it as well some of its common causes.

1A PROBLEM WITH CODECS.

I know you probably scratching your head in confusion because you aren’t familiar with this term Codecs. A codec is a very tiny executable file that enables all media players like Windows Media Player and VLC to play audio and video formats of various types. Without Codecs, all media players would not play even the most common file formats e.g. Mp3 or Mp4.

Fortunately, enough Codecs come packaged with your media player when you download and install it for the first time although it’s important to note that not all formats are taken care. If you play an audio or video file whose Codec file isn’t available to Windows Media Player then you are certain to encounter the error message, “WINDOWS MEDIA PLAYER ENCOUNTERED A PROBLEM WHILE PLAYING THE FILE.”

Various companies, as well as developers, have come up with Codecs that enable Windows Media Player to play various different formats such as Blu-Ray, FLAC and FLV and fortunately these are available bundled together as ZIP files or individually on the internet. It is however very important to ensure that you download from secure and trusted sites since those from malicious sites will certainly come with malware and viruses.

Lake Chelan: Celebrate the Relationship in the Heart of Arizona condition