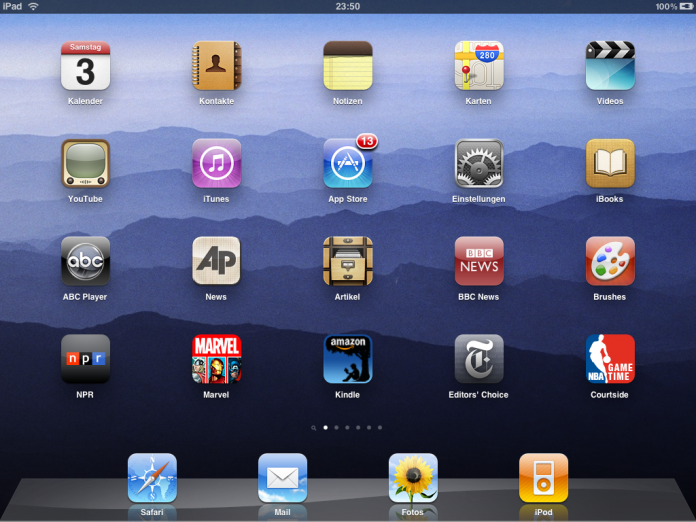 Pressing the “home” button on your iPad is all it takes to close an app, in a perfect world. Reality will sometimes find you stabbing futilely at the screen when things go awry. Applications, especially those relying on a WiFi or other Internet connection can become uncooperative, seemingly out to ruin your day. In tech terms, they are unresponsive, which has nothing to do with you on a personal level.

Routinely, pressing the “home” button twice will display the most recently-used apps, They will appear in reverse-chronological order, with the last one you used appearing first, and so on. Find the app you want to close by scrolling left to right through the list. Drag the app preview to the top of the screen. That should do it.

If you’re using your iPad for resource-intensive tasks, such as games with lots of enriched graphics, apps running in the background may cause the open app to run slowly, or with stops and starts. It’s never good when your sword freezes mid-swing. You should be able to improve performance without rebooting your device, which can mean shutting down mid-game scenario or level. Look for apps that you don’t need and can force close. Recently-used apps are stored in standby mode. The idea is that you can quickly switch back and forth between tasks. It also means that you can easily find and close what you left open.

This may or may not do the trick, because Apple already limits the amount of storage space in standby, precisely to prevent sluggish operation.

If this doesn’t work, look for apps that are running in the background. These are often ones you rarely, if ever, use. You may not even know they are there. They may have come with the device, which means you may or may not be able to delete ones you don’t want. You may be surprised to find apps that you didn’t know were downloaded via another application. It’s also not unusual to discover apps that stream music or video continue to run after you thought you closed them. Whatever the case, they can become silent energy and processing vampires, sucking the battery and fun out of your iPad.

Remember that simply hitting “home” to close an app doesn’t really close it. You are just opting out of using it. To properly close an app, go back to that multi-tasking screen, where the recently-used apps are waiting —not as quietly as you might think – press on the app window (not the icon) and flick it up and off the screen.

That didn’t do it?

A possibility is that apps are running constantly because the device is not being allowed to reboot as often as it should. Things become worse when these apps are relying on your device to let them zip along with out-of-date versions. Optimize your iPad by doing a full reboot. You may think pressing the power, or sleep/wake button at the top of the device is all you need to do, but that simply puts it into sleep mode. Its convenient for when you want to quickly get back to what you were doing a little later, but not the best way to keep your device running cleanly.

Instead, make sure to hold the button down for several seconds. Wait for “Slide to power down” to appear and follow the instructions specific for you device. To ensure a complete shutdown, do not restart the iPad until after the screen goes dark.

If a particular app is freezing frequently, you may have missed an update. Go to “Available Updates” and see if it’s on the list. Update the app, or, ideally, hit “Update all.”

If the update doesn’t work, your particular app probably has a bug. Your best bet is to get rid of it. Uninstall by holding down the icon on the main screen and download it again from the App Store. This will probably give you a newer version of the one you deleted, or at least a clean one. Keep in mind that while you shouldn’t have to pay for the app again, you will lose anything you saved, but hopefully, you backed it up.