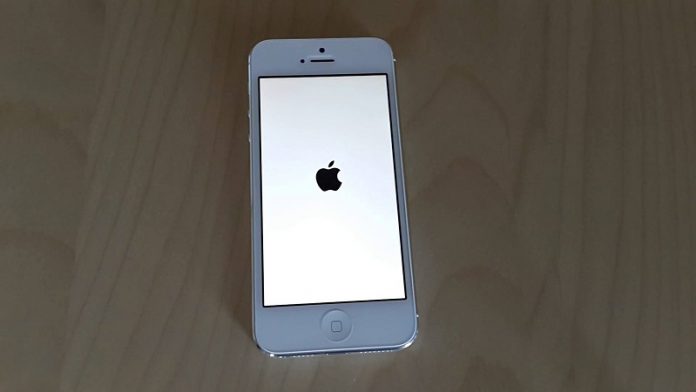 There is nothing disheartening than having your precious iPhone stuck on the Apple logo and just refusing to boot. People who tried to jailbreak their iPhones are the most victims of this predicament whiles those updating their device or even restoring an update also face it once in a blue moon.

Many people covet the iPhone but as many people also struggle to have a command over the scintillating cellphone, even over making a simple phone call or sending a text message. Because the iPhone is an expensive device, people are often careful how they handle the wonderful device but these things do happen and we have put together this tutorial for fixing an iPhone stuck in Apple logo.

Even after a failed jailbreak, if you are stuck on Apple logo, then take a big sigh…at least the iPhone is not bricked. It can be fixed.

Usually when fixing an iPhone stuck in Apple logo, this is the first fix you want to try because it often gets the job done, is simple and easy, and has been the reason many people were saved from throwing away a lot of money.

And it is this simple: hold down the Home option for 25 to 30 seconds. Within 10 to 15 seconds, a result should show up. If it doesn’t, then it is unlikely it will even in an hour.
It is that simple but fast and easy and most of the times, it does work.