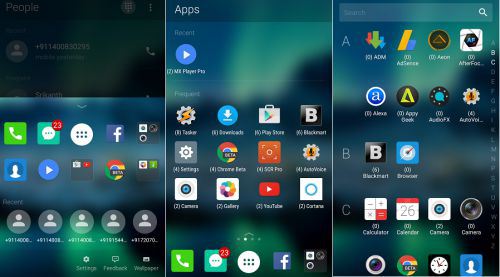 Android, unlike other operating systems, is an open and customizable platform, which means choosing the best android launcher may not be a walk in the park. Android users have exceeded 1 billion and they all have different taste and needs. It gives providers and users various opportunities to try different things, as well as launchers. In this article, we shall discuss what to look out for in choosing the best android launcher.

Android launchers let you to completely change the style of your Android phone and its functionality. There are numerous things to consider in choosing the best android launcher. First, bear in your mind that the best android launcher is one that makes apps launching process better and faster. It is important to keep away from launchers that keep on advertising unnecessary features like how they will improve the performance of your phone or clear RAM. Keep in mind that you are going for a launcher that provides the best home screen experience, not a cleaner or a performance utility.

Second, it is important to avoid launcher app that brings you automatically open it in the Play Store from their pop-up ads in any websites. This kind of launcher definitely is not the best Android launcher. If they are using spam techniques in promoting their app, it is not impossible for them to also be open to other immoral activities when it comes to your personal information. Next, you should opt for launchers that give you the highest customization possibility. Well, why would you install an app launcher if it will not bring any different to your Android phone, be it the functions or the style. Thus, always choose the best android launcher that gives you opportunity to have the best experience customizing your phone as your best Android launcher.

Nova Launcher, without a doubt, is among the best Android launcher. It is highly customizable, sleek and most importantly, it is fast. Without slowing down your phone’s performance, Nova Launcher lets you set your home screen just right by balancing extensive appearance and utility customizations. This launcher has small yet impressive details including the option to add a colored dock-bar to the background of the bottom shortcuts area where you usually have your Camera, Contacts and Dialer apps. Having this option definitely makes Nova the best Android launcher. Another feature that makes it the best Android launcher that you can’t find in most other launchers is that you can opt to have from one to seven app icons in the dock, helping you to optimize the bottom screen space. In addition to that, Nova Launcher also lets you add the number of dock pages up to five!